WWDC21 – our three favourite changes, and how they'll improve Sorted 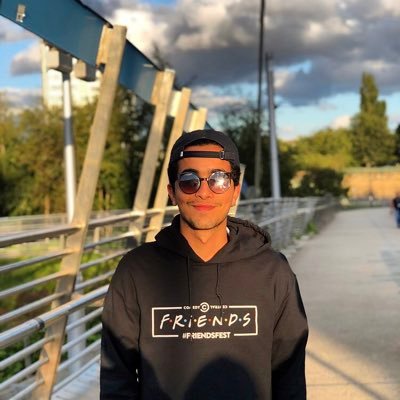 Apple's World Wide Developer Conference (WWDC) was action-packed with exciting new changes to all of Apple's operating systems. While we didn't see any groundbreaking revamps, there are a lot of interesting features that will affect how you use your devices.

We've been running the betas on our iPhones, iPads, Macs and Apple Watches for the past two months. We're also working on upgrades to Sorted to introduce new features alongside iOS 15.

While we're not ready to announce all of the updates coming to Sorted this year, we do have a few to tease! Here are the three biggest changes to Apple's operating systems that we're excited for, as well as how Sorted will adapt to integrate those changes.

Mobile devices are sometimes criticised for their distractive tendencies. To counter that, Apple introduced tools such as Do Not Disturb (DND) and Screen Time in the past. This year, Apple took these controls further with Focus Mode.

Focus Mode replaces DND in iOS 15, iPadOS 15, and macOS Monterey. It provides more control over which notifications can make it through DND. It also lets you switch home screens based on the selected mode, allowing you to hide potentially distracting apps.

As a result, we've found ourselves more productive while using Focus Mode due to the amount of control it now offers.

Another great benefit is that Focus Mode syncs between devices. Our cofounder Harry has seven Apple devices in his office at a given time (nuts – I know!). Enabling DND on each device was a tedious task, now he just needs to select a Focus Mode on one device and it'll automatically sync everywhere. Additionally, with automatic activation using Shortcuts, time, and location, a Focus Mode can automatically be enabled on all devices without Harry ever needing to lift a finger.

For one, Focus Mode will help us become more productive, allowing us to deliver even more great experiences to you in the coming months!

A more direct change is that Sorted's notifications will now be marked as "Time Sensitive" due to their urgent nature. This will mean you're less likely to miss important task and event notifications as they'll now be more prominent.

Another change that wow'd us is the introduction of Live Text detection natively in Apple devices. Live Text recognises text within an image and makes it interactive. You can copy/paste text, call a number, visit a website, and more directly from text that's recognised on an image.

Live Text feels natural within iOS, and we've already gotten used to it just a few weeks after using it. I now copy text directly from images all the time. I didn't realise how often I needed to copy text from an image until I had the option to do so.

What makes Live Text even more accessible is that it's integrated directly into the camera app. Since the camera app is available on the lock screen, it means you can access Live Text without even needing to unlock your phone. For example, you don't need to open a translation app to scan a menu when travelling abroad, you can do so directly from the camera app. The deep integration between Live Text and Apple's native camera app unlocks a lot of new experiences for iPhone users.

When adding a new task into Sorted, you'll have the option to use Live Text as a source. Live Text can be aded as the entire task's name, or as notes within an existing task.

Additionally, iOS 15 introduced Live Text as an input option for all text fields within the app. So any text field in Sorted will now have the option to input text in using your camera.

As an example, students can take a picture of lecture notes and instantly have it as text within Sorted.

Sorted's Reorganise feature can also convert a handwritten list of tasks into separate tasks within the app. All you'll need to do is take a picture of your text, convert it, then the app can separate the tasks for you. It's truly a seamless integration between Sorted and your offline handwritten data that we've never seen before.

Once a powerhouse for automation, the Automator app on Mac was starting to feel outdated, particularly when compared to Shortcuts on iOS.

With macOS Monterey, Apple brought Shortcuts to Mac! This doesn't just bring macOS up to speed with iOS, but goes even further. Shortcuts on Mac can run AppleScript and Automator actions, allowing users to access low-level actions that aren't possible on iOS. You can pretty much automate anything when combining Shortcuts with existing Mac automation tools.

The app is written in SwiftUI, showcasing the power of the framework. We see it as a strong indicator of the power of SwiftUI, which we hope to utilise in the future.

We've wanted to natively support Shortcuts for some time now, this update completely pushed us into #TeamShortcuts! We're currently working on Shortcuts actions to ensure Sorted is integrated with all your favourite apps and workflows. We believe the future of apps is integrations, and there's a lot we'll share about this later in the year. So stay tuned!

In an effort to further bridge all of our apps across our devices, Apple introduced Quick Notes, a feature that allows for quick note taking in any app.

It's sort of a mini editor that's easy to access. It supports drag & drop, and is contextually aware. So if you take a Quick Note while reading this blog post, it'll pop itself back up next time you're here.

Inputting data into a Quick Note is incredibly fluid, but organising that data later is pretty limited. Unfortunately we haven't found ourselves using Quick Notes often. Throughout the Sorted team, we all use different apps for personal notes, and we can't link Quick Notes with our other notes apps.

Regardless, Sorted will add support for summoning Quick Notes, so users of the Notes app can quickly take notes when viewing their tasks in Sorted!

A few years ago when Apple introduced Catalyst, allowing developers to bring iOS apps to the Mac natively, we spent months building the best Mac app experience possible. When Widgets were introduced last year in iOS 14, we spent all summer designing and developing widgets that we love using. Such changes required a lot of work, and often, refactoring of our codebase. The changes Apple released in iOS 15 are significantly easier to adapt. As a result, we've had time to work on some really exciting features, such as Shortcuts support, that we've been eagerly waiting to develop.

Marwan is an iOS developer with a passion towards running, building great apps, and tweeting your favourite memes. 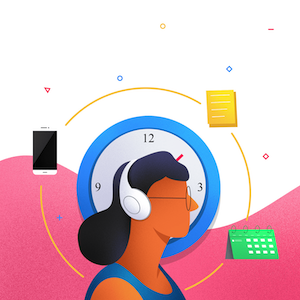 Does caffeine boost your productivity?